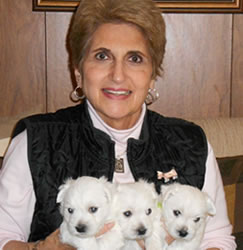 Congratulations to Michele Czarnecki for being awarded Breeder of the Year for 2021 in the sport of Earthdog.

Thank you for breeding Westies who represent the breed so wonderfully.

You may ask, could my Westie be an Earthdog?

Westies were bred as a type of hunting dog, in which they would pursue the prey into ground, locate the prey in its natural den and bark underground to let the handler know where the prey is located. The handler then would dig down to capture the prey. However, through the course of time some of this natural instinct was lost in search for the picture perfect Westie. 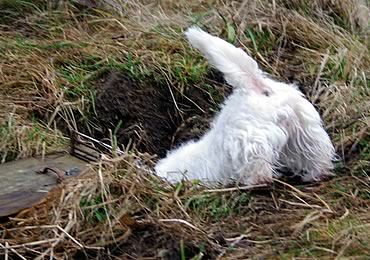 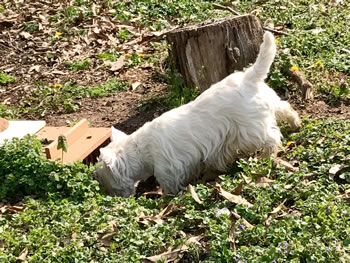 When to Start Training?

Some Westie breeders will start a form of underground or tunnel work when their pups are starting to become active and playful. Westies pups love to play games like running and chasing and even hide and seek. A large cardboard shoe box with a hole cut out on either side will allow the pups to start to get familiar with being in semi-dark enclosed areas as well as allow them to crawl through the box or even hide inside. A piece of PVC pipe that is 6 inches in diameter by about 12 or 15 inches in length will allow the pups to learn to run through. Make sure the PVC pipe is securely fastened to the side of the pen so that it does not roll around. When the Westies pups start to grow, a piece of 6 to 8 inch diameter by 3 to 10 feet in length plastic corrugated drain pipe (found at most plumbing supply stores) can be used as an above ground back yard tunnel. Westies love to play chase and run through the tunnel.

If your Westie has exhibited any natural hunting instinct, you can enter an AKC Earthdog Test. The purpose for these tests is to offer breeders and owners of small Terriers and Dachshunds a gauge to measure their dog's natural and trained hunting abilities when exposed to a simulated hunting situation. Earthdog Tests are not only fun for dogs, but you will have an opportunity to observe an exciting dog performance event and if you give your Westie a chance to "get down dirty", and you might be surprised. 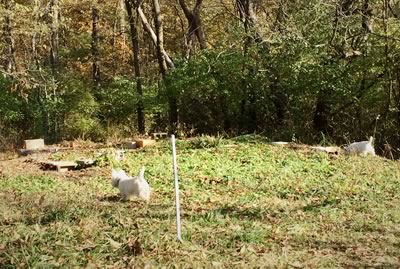 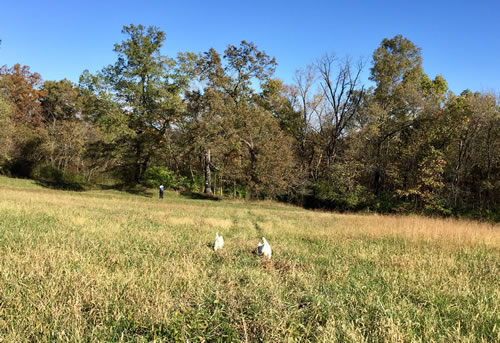 Earthdog tests (the term terrier comes from the Latin word terra, meaning earth) are one of the most relaxed and enjoyable activities you can do with your Westie. The tests are meant to test the dog's ability to hunt. Westies were originally bred to help farmers in Scotland hunt and kill rodents and small mammals such as foxes and badgers that damaged crops and preyed on farm animals. The success of Westies at earthdog tests demonstrates that this ability is still natural for them.

The AKC states in its regulations that "The purpose of non-competitive earthdog tests is to offer breeders and owners of small Terriers and Dachshunds a standardized gauge to measure their dogs natural abilities when exposed to a hunting situation. The non-competitive program begins with a basic introduction to den work and quarry, and progresses through gradual steps to require the dog to demonstrate that it is capable of being trained to follow game to ground and work its quarry."

"Going to ground" at an earthdog test means that a dog enters and navigates the "artificial earth" - a man-made tunnel meant to simulate an animal's den. The tunnels are made from three 9" wide boards fastened together to create a top and two sides, which is then buried in sections to create the various configurations of tunnels needed for the tests. At the end of the tunnel there is a cage with rats in it, which the dogs can see but not reach. The tunnel and the entrance to it are scented as an animal's natural lair would be. The dog is released near the entrance to the tunnel, and must enter the tunnel, follow it to the end, and then "work" the quarry (scratch, bark or dig at the cage). 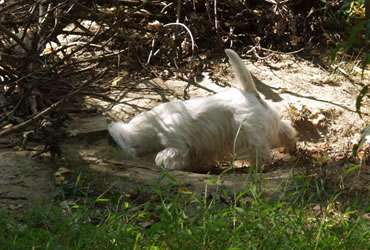 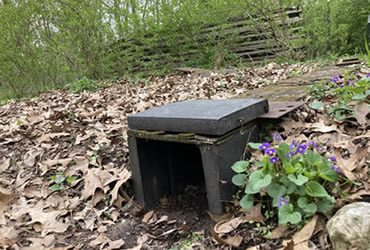 There are three levels of titles you can pursue at AKC tests: Junior Earthdog (JE), Senior Earthdog (SE), and Master Earthdog (ME). There is also an Introduction to Quarry class at tests, which is meant to introduce the dog and handler to going to ground. In this class, you do not compete for a title; instead, handlers and judges assist young or inexperienced dogs to enter the tunnel, follow it to the end, and begin to work the quarry.

The best way to understand the tests is to go and observe one. Locations and dates for AKC earthdog tests are listed in the back of the Events section of the AKC Gazette, or on the AKC web page. Also see AKC rules and regulations for additional information on earthdog tests.