The official term for dog shows is conformation — as in, the act of conforming or producing conformity. While a dog show may look like a beauty pageant, it's not. Dogs are not being compared to each other; they're being measured by how closely they conform to the standard of their particular breed. Why? Because the closer a dog's appearance is to the breed's standard, the better that dog's ability will be to produce puppies that meet the standard.

Best of Breed is awarded to the dog judged as the best in its breed.

The Best of Breed winners advance to compete in the Group competitions.

The dog named Best in Show is undefeated in the conformation event.

Quality Westie is a way to recognize Westies that meet the breed standard. 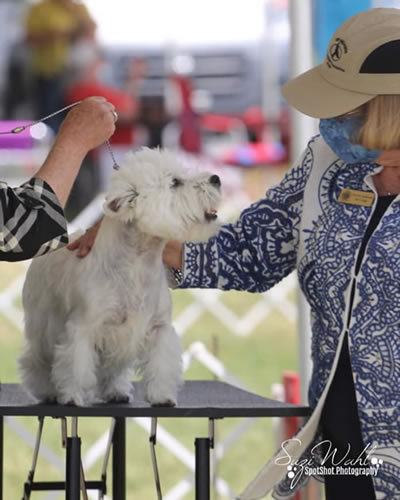 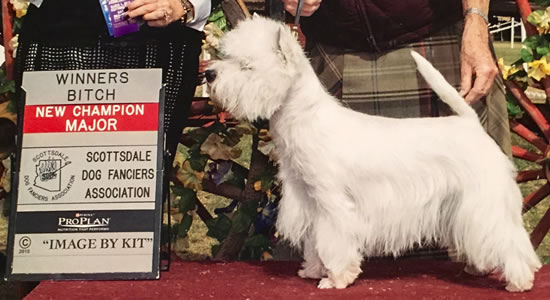 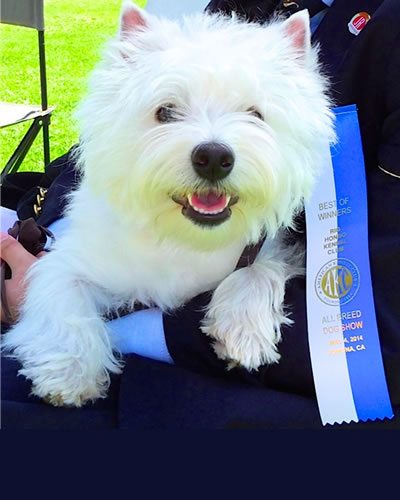 How Does a Dog Show Work?

Dog shows are a process of elimination, where one dog remains undefeated at the end of the competition and is named Best in Show. Each dog is judged by how closely they compare to their specific breed's official standard and not against the other dogs in the ring.

All conformation events begin with competition at the breed level. Each breed is divided into sexes, and the sexes are further divided into classes. Males are judged first, then females. Owners or "handlers" enter their dog in a regular class, which can include: Puppy, Twelve-to-Eighteen Months, Novice, Amateur-Owner-Handler, Bred-by Exhibitor, American-Bred and Open.

At the end of every regular class, judges award placements and ribbons. Blue ribbons are awarded for first place, red ribbons for second, yellow for third place, and white for fourth.

After these regular classes are judged, all the male dogs that won first place in a class compete again to be named best male (Winners Dog), who receives Championship points and a purple ribbon. After Winners Dog is selected, the dog that went second in its original class to the Winners Dog and returns to compete with the remaining first-place class winners for Reserve Winners Dog and a purple and white ribbon. The regular class competition is then repeated for females to award Winners Bitch and Reserve Winners Bitch.

The Winners Dog and Winners Bitch move on to compete in Winners Class with dogs who have already earned their championship (Champions of Record), and any first-place winners of non-regular classes, such as Veterans class, for the Best of Breed award.

At the end of the Best of Breed competition, five awards are usually given:

This concludes competition at a specialty show.

At all-breed and group shows, the Best of Breed winners advance to compete in the group competition. Each AKC-recognized breed falls into one of seven group classifications.

A judge awards four placements in each group competition. First place group winners receive a blue ribbon or rosette, second is awarded a red, third is given yellow, and fourth receives white.

At all-breed shows, the first-place winner from each group advance to the Best in Show competition.

From the seven group winners, the judge selects Reserve Best in Show and Best in Show, the highest award at a dog show. The dog named Best in Show traditionally receives a red, white and blue ribbon and is the lone, undefeated dog at the end of the conformation event. See the full progression to Best in Show.

Quality Westie is meant to provide a new and useful way for Westie breeders and owners to recognize and document Westies that meet the breed standard, and enable breeders to focus on producing Westies with proper type and exhibiting proper temperament and soundness, and maintain and protect the future of Westies. 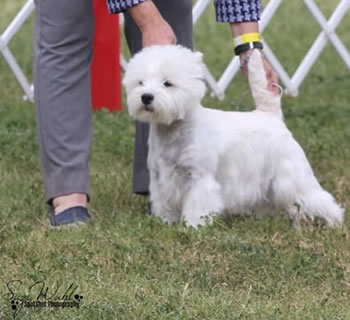 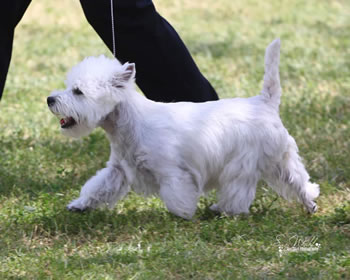 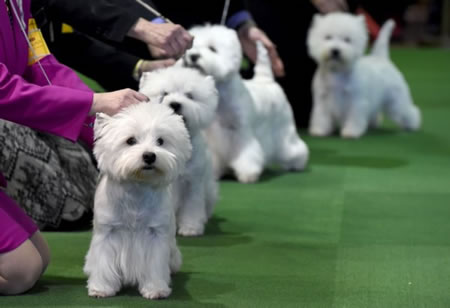